We are so very proud of our impact and even more excited to continue the good work. 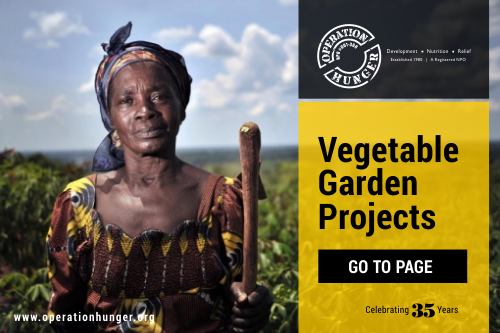 Operation Hunger supported a community vegetable garden project at Zwelethemba in Worcester and twenty home gardens in both Spandau and Green Park, Cape Town. Approximately sixty (60) families were involved in these gardens and more than 360 men, women and children have benefited from the activities and the fresh produce.

A vegetable production and rainwater harvesting project in the Kannaland Municipal area at Calitzdorp has being initiated. The project was initially sponsored by the NDA and now functions on its own with some donations when available. This is an income-generating project which involves fifteen families and benefits about 300 people.

In Limpopo the Tshabadimaketse garden project is going from strength to strength. The size of the garden has been increased in order to produce more vegetables. Fifteen women and five men are involved in the project and 140 people are directly benefiting from the income and fresh vegetables.

A small garden project run by three women in Naphedi, Limpopo is providing a local school with vegetables. These enterprising women are also growing seedlings to assist a nearby nursery.

The Kodumela garden project is an example of sustainable economic empowerment. Eight women and four men are actively involved in growing tomatoes on a fairly large scale and more than 100 tomatoes are sold daily to a local businessman.

The Newlands vegetable garden project in the Eastern Cape, originally funded by the NDA, resulted in 100 men and women receiving garden training and water rollers and in the establishment of 100 home gardens.

Vegetables grown include cabbage, spinach, beetroot, onions, green peppers and turnips. Many persons living with HIV/AIDS and TB benefit from the fresh produce. Home Based Care Givers are also able to use the fresh vegetables for those who are terminally ill. 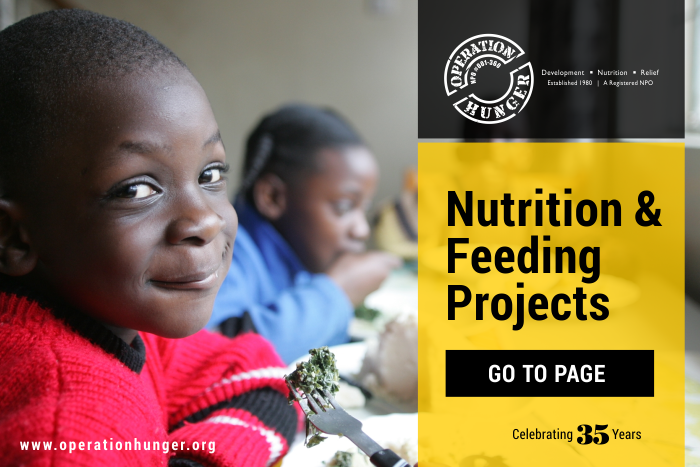 The most vulnerable communities in South Africa remain those hardest to reach. We believe our projects are among the best positioned to effectively reach these communities and provide them with the development services and resources they need to progress and survive. While Operation Hunger is intently focused on health, nutrition, food security and clean water supplies, we have had to adopt other activities that affect our efforts in that sphere. Training and establishment of sustainable income generating activities form part of these interventions. Operation Hunger’s goals to this effect are:

Our organisation aims to address the challenges of malnutrition through, quite simply, feeding.  We have assisted identified communities with the establishment of 24 feeding programmes which focus on providing a nourishing meal to 2 400 of their most vulnerable residents on a daily basis and giving weekly health and nutrition education to beneficiaries and volunteers. These programmes are supported by The Spar Group Limited.

Operation Hunger, with the help of the Goldrush Foundation and other smaller donors, is also presently supporting 26 soup kitchens between the Western Cape and Port Elizabeth. These are projects which have been initiated by community members with the intention of providing some relief to those who need assistance promptly. Through the generosity of local supermarket chains, we are able to support these projects with food supplies on a weekly basis. On average, these kitchens feed approximately 13 000 beneficiaries weekly.

Once we have addressed this basic need, our focus shifts to skills development which can equip beneficiaries with methods on how to manage and sustain projects. Here, networking with service providers is vital. Operation Hunger provides training in nutrition education and food gardening to all volunteer cooks associated with the feeding programmes and soup kitchens. Skills training in garden projects, sewing, knitting and other income generation activities is done with community members in order to assist them to support themselves.

We acknowledge that the communities who receive support have existed before our intervention, and will continue long after we leave. Experience has taught us that participants are committed to their community because it is their home. 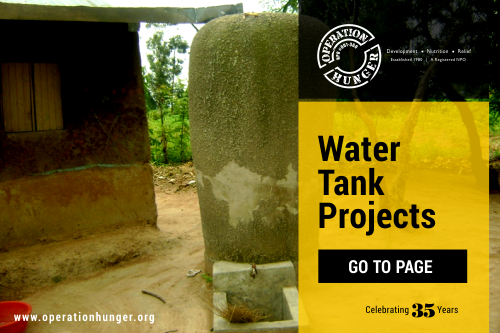 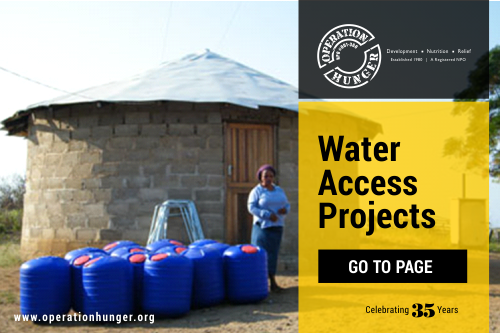 Access to clean drinkable water is the foremost basic need for all life. Improving access to water is an ongoing initiative of Operation Hunger. We provide 90-Litre Hippo Water Rollers that can be rolled to and from water sources such as boreholes and community taps. The design of these tanks allows for one person to move up to 90 litres of clean water from the source to the household without contamination or spillage. This is a ground-breaking innovation and solution for people in rural and undeveloped areas where water bearers, comprising mostly of women and children, would walk long distances carrying heavy loads that strained already insufficiently nourished bodies.

An example of the villages assisted with these Rollers is Steelpoort in the Limpopo province where CitiGroup made it possible for the residents to benefit from the water rollers. Over 100 families now have improved access to water.

CitiGroup made it possible for the residents of Steelpoort in the Limpopo province to benefit from the water rollers. Over 100 families now have improved access to water. 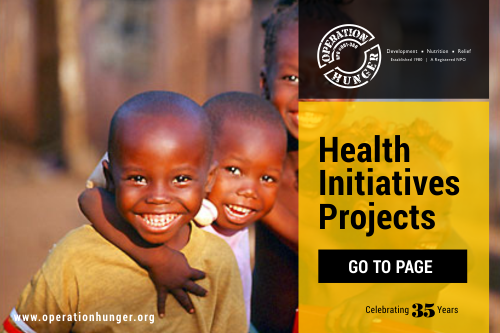 Poverty, hunger, HIV/AIDS, TB, terminally ill and dying friends and family members and crime leave communities stressed and unable to cope and sustain themselves. The work of Operation Hunger cannot be successful in demotivated and stressed communities.

Wellness practices have been introduced into communities with whom we work and people have said that they feel healed and motivated to go on with their lives. Some projects have gathered momentum again as a result of the positive mood in the community.

Many of the target communities experience high levels of violence and abuse and many individuals lack self esteem and have no enthusiasm for the future. High stress levels are not only observed but have also been raised as a concern by communities.

Poor people cannot afford expensive counselling and are left to manage stress and trauma on their own.

Unfortunately, stress relief is often sought in drink or drugs. Wellness practices have been introduced into communities to equip them to manage and cope with stress. A short “Emergency Package” of exercises is available on request from Operation Hunger 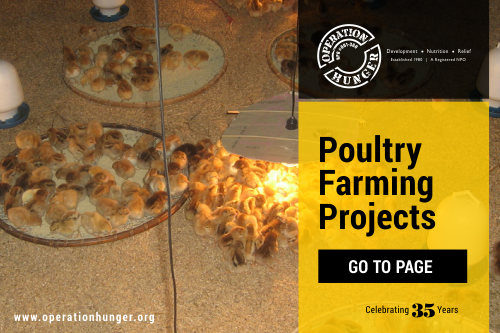 Our support to the communities during this time would not be possible without our generous donors, sponsors and partners.
We thank you for your continuous support. 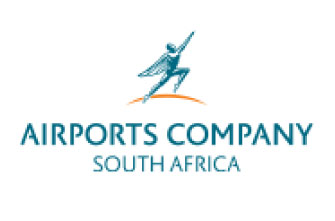 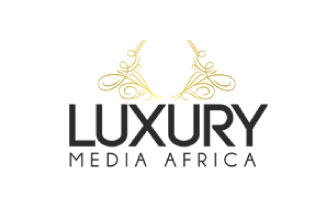 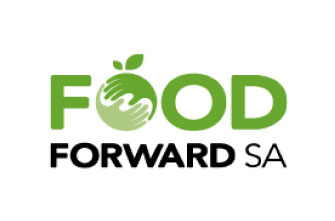 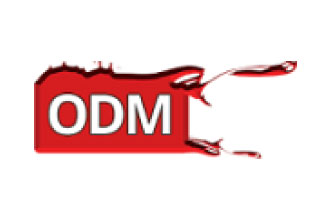 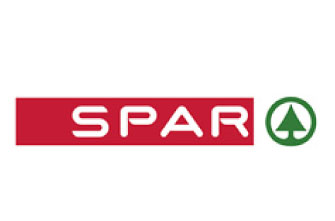 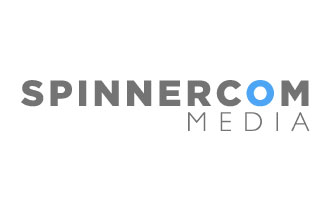 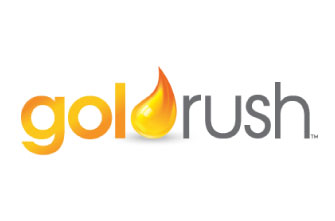 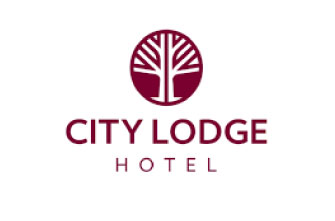 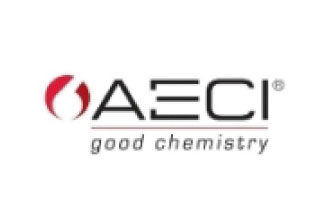 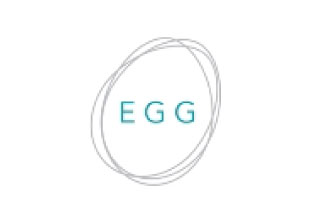 There are so many ways in which you can get involved to help contribute to fighting malnutrition in this beautiful country. We look forward to hearing from you.