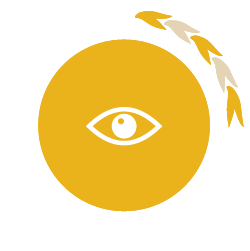 Home of the forgotten children

Sweetwaters is a community located in uMgungundlovu District Municipality of KwaZulu-Natal. A combination of past and present inequalities and injustices mean they have several challenges. One of the biggest problems facing people in Sweetwaters is unemployment.  With opportunities for employment being limited, the low level of education in the community results in many residents no having the required skills or education for the few available jobs. Most of the homes are either single-parent homes or child headed homes. Alcoholism and drug abuse creates unhealthy home environments. HIV/AIDS is a concerns as many are not educated on safe sex. For this reason, teen pregnancy is common in Sweetwaters.

Food Security Status in the area

In terms of economic sector performance in the district, community services sector is the largest accounting for R 4.9 billion or 24.3% of the total GVA of the district economy. The sector that contributes the second most to the GVA is the manufacturing sector at 17.7%, followed by the finance sector with 15.0%. The sector that contributes the least to the economy is the construction sector with a contribution of R 633 million or 3.14% of the total GVA.

There is no data on Sweetwaters’s IPC Acute Food Insecurity Analysis available. For this reason, data for eThekweni, which it falls under,  will be used.